Some of my better memories as a kid just so happen to have happened at a graveyard.

You see, my mom would take my brother and me to visit her brother's grave every once and awhile. He passed away in 1981, just a few days’ shy of Christmas, and about a month after my 2nd birthday. Needless to say that I don't remember him, nor do I remember the horror that must have been that Christmas for my family.

We would also visit my cousin’s grave, who was buried right next to my uncle. He was my mom’s sister’s son, and he died of sudden infant death syndrome a month after he was born in 1978. This too happened around Christmas. He was survived by his twin brother, who is a really great guy, so I like to think that his brother would have been the same. I guess what I'm trying to say is that I didn't know either one of the family members buried there. My brother really didn’t either.

But my mom sure did.

She would take the time to remember and maybe tell us a story or two. We would wait for her to finish because it just didn't seem right to interrupt her when she looked like she was about to cry. I can only now imagine the thoughts flooding her mind. Times of cross-country road trips as kids, swimming in the river that flowed way behind their house, and even celebrating with their sister after the twins were born. All of these trying desperately to fight back the news of loved ones passing and the faces that only loss can form. She'd finally give a soft sniffle, turn her head from us and say, "I'm ok."

We would then get to feed the geese. I loved feeding the geese.

At the entrance of the graveyard sat a small pond that was a hangout for the geese. Mom would pack a loaf of bread for us to share. We would take turns tearing off small chunks and throwing them at the geese to see if they could catch it before it hit the water. I was about 5-years-old in my first memories of this and I know we went every now and then for a few more years. I guess it’s fair to say that memories have a way of crashing into each other because all those visits seem like one. Before I knew it, I had become a teenager and didn’t go back for a long time.

Not till my grandma died.

That was my first experience with a tragic death in the family. She died at the hospital a few days after being pulled out of a fire by my grandpa. I wasn’t there when the fire broke out, but my imagination did it's best to fill in the gaps with images that I never wanted in the first place. It was then that I learned just what my mom and our family had to go through. The loss. The hurt. It was awful, but it was on the way to her grave that I saw the pond. I remembered the geese and it helped. They weren’t there, but the memory helped.

We buried her and left.

I didn’t go back again till my grandpa died. It was an unexpected passing in which I was the one that found him. He was supposed to come over and help me with some electrical work and never showed up. I can still recall it. The way he looked and how he felt. It’s burned in my mind, and no matter how much I want to cover it with thoughts of trips to the beach, or working with him in his shed, or whatever, it’s still the first image I think of when I think of him. Once again, we went to the graveyard, but this time, the geese were there. The gulls were there, too.

So were my kids. And it helped.

We didn’t have any bread to feed the birds, but I promised myself that I would bring them back one day. Instead of feeding the geese, though, their happy memory of the graveyard is when we released a collection of brightly colored balloons. I remember seeing their faces as they sailed to the sky. They were in awe. My mom was in tears. So was I. We left and as much as I wanted to bring my kids back, I always seemed to forget to put it on the calendar.

Then my friend gave me a trash bag of bagels.

Not one of those small kitchen bags. This was a bag used to gather leaves. It was huge and it was packed. So, we went to the graveyard, just me and the kids, and we fed the birds first. I wasn’t ready to think about the hard things yet. I watched them do what I used to do and smiled. They all picked a bird and tried to see if they could toss it close enough that it would catch the bread before it hit the water. They got creative and threw whole bagels like frisbees. They had so much fun. More fun than I thought it could be. Even visiting the grave sites afterward was bittersweet because it was now my turn to tell them stories and wipe away a few tears. Some recalled the balloons. It was perfect.

Then, just as always, we left. This time I had a thought, though. One day, I might be buried in this graveyard, either by tragedy or by time and my body wouldn’t be leaving. My kids would come with their children, and I couldn’t help but wonder…

Would they bring bread? 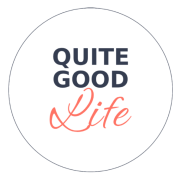 What Do Homeschool Dads Do?